When I First Started Using Drugs…

I was just a young teenager when I first started using drugs. It was first alcohol and hash. Just to get away from everything for a little bit.

At one point that was not enough. I needed to get even further away, just wanted to escape everything. The friends I had were older than I was, the drugs were heavier, the days darker, and it was all about that next dose.

It wasn’t a life, but I knew I would never have a normal life. My destiny was drugs, I had no doubt about that.

My family and I became more and more distant. To protect my younger siblings, they didn’t want me at home. I was on drugs, and completely ignorant to everyone that tried to help me.

"I was 20 years old, broken physically and mentally. I realized I only had two ways to go—death or life."

I was lucky to have a family who never gave up on me—even after some failed rehab programs. I was 20 years old, broken physically and mentally. I realized I only had two ways to go—death or life.

I couldn’t envision having my family have to explain how I died on drugs, so I chose life!

That brought me to Narconon.

Narconon taught me something I didn’t even know was possible—it taught me to be comfortable with myself and with others. To take control over my life. My smiles and laughs were real!

I learned to communicate and had my first proper conversation during the Narconon program.

The staff at Narconon helped me get through this program, they helped me go through the hard times and push through until I could stand on my own two feet.

I learned so much about myself, life and people. Every day I worked on improving my life and everything that had been so destructive for me and those around me.

I became responsible, and that responsibility has just grown since.

I’m here now, with a lovely husband, two kids, my dream job, and my friends and family are doing great. I got through to the other side, the good side, due to Narconon.

Carlo has been working in the field of addiction and recovery for 5 years. Having been a manager of a security company, he has first-hand experience with addicts and youths addiction. This led him to do something effective about it thus he joined Narconon.

My success story after the Narconon Program 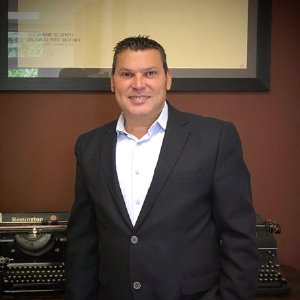