My success story after the Narconon Program

When I was 14 years old, I started to smoke hashish, even before touching cigarettes.

Then, when I was about 18 years old, I started with hard drugs—ecstasy, cocaine and heroin. It was there that the downhill to hell started! I was addicted to heroin and I had to find my dose every day, several times a day. Delinquency, theft, lies and prison, it was a rapid downhill plunge. My life had no meaning, and I had encounters with the police practically every week.

In 1989, when my life was going from bad to worse, a friend of mine spoke to me about the Narconon Center and gave me their telephone number. He told me, “When you make the decision to get out of drugs, call this number.” I didn't have the courage to do it—I didn't believe in it.

A few weeks later, when I was at my wits’ end, digging into my pockets, I found the number of the Narconon Center. I was at a bar in Geneva. I walked over to the telephone booth and called the center. The next day they came to fetch me and it was the beginning of a new life. Honestly, I had no hope of getting away from drugs as most of the friends I had at that time were either dead, in prison, or on drugs.

“After doing the program, I was a different man. As a matter of fact, I had become myself once again. The Narconon program is different,
it gives you not only the tools to get out of addiction,
but also gives you a stability for the future.”

After doing the program, I was a different man. As a matter of fact, I had become myself once again. The Narconon program is different, it gives you not only the tools to get out of addiction, but also gives you a stability for the future.

I am now married, the father of three children, and the founder of a real-estate group which is expanding. I have eight people working in my company, one of whom used to be a drug addict and who also did the Narconon program, and ironically enough, she is one of my better collaborators.

I truly recommend the Narconon program to any person who uses drugs (even if they only do it once in a while) and of course to all people who take hard drugs or alcohol.

I really loved the program as it is based on life and does not use any drugs nor substitute medication.

When I First Started Using Drugs…

I was just a young teenager when I first started using drugs. It was first alcohol and hash. Just to get away from everything for a little bit. At one point that was not enough. I needed to get even further away, just wanted to escape everything. 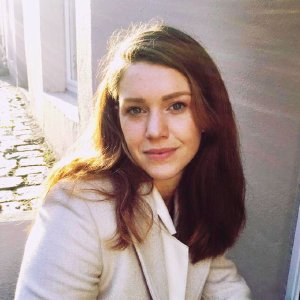