As Sweden experiences a growing alcohol abuse crisis with one in ten Swedes drinking considerably more than the official guidelines recommend, the Swedes have taken on a new challenge to study the problem, report findings, and implement public health solutions to reduce excessive alcohol consumption among its population.

Do we now have enough data to show people why they should not consume alcohol to excess?

Alcohol Abuse and Cardiovascular Implications— Reporting on a Swedish Study

A Swedish study on the connection between alcohol use and cardiovascular disease was recently published by the American Heart Association’s medical journal. The findings were simple and to the point. The researchers proved that there is a causal relationship between higher alcohol consumption and increased risk of stroke and peripheral artery disease. And while the study indicated that more research was required to prove a causal relationship between higher alcohol consumption and other forms of heart disease, there is compelling reason to believe that drinking alcohol in large amounts has a direct, negative effect on heart health.

The study found that heavy alcohol use also has the potential to increase stroke by as much as 27 percent. And last but not least, the study found a direct link between alcohol misuse and coronary artery disease, atrial fibrillation, and aortic aneurysm.

Susanna Larsson, an associate professor of epidemiology at the Karolinska Institute and the lead researcher, commented on the findings. “Our study indicates that alcohol consumption increases the risk of high blood pressure and certain cardiovascular diseases and, therefore, should be consumed in moderation or not at all. We cannot say that alcohol consumption below a certain amount is ‘safe.’”

While the Swedish study is a good look at the harsh nature of alcohol addiction, it is only a glimpse at the full harm that excessive alcohol consumption causes the human body. Every major system and area within the body experiences some degree of damage when alcohol is introduced into the body.

While it does not always make news headlines, Sweden is experiencing increasing alcohol misuse, especially among the elderly. That is particularly concerning, as elderly individuals are generally more at risk for cardiovascular complications.

According to the Karolinska Institute, more than one million Swedes consume alcohol in a way that is considered harmful. That means about one in ten Swedes are either drinking too often, or they are drinking too much when they drink, or both. 300,000 Swedes (almost 3% of the total population) are estimated to have developed a dependence on alcohol.

Thankfully, Swedish public health officials recognize the nationwide drinking problem, and they’re working to solve it. The first step? Reducing the stigma connected to alcohol. Sven Andréasson, a professor of Social Medicine at Karolinska Institute’s Department of Public Health Sciences, commented on the matter. “Alcohol dependence is a stigmatized area. How to make it less stigmatized, and thereby easier to seek help? Part of it is fairly easy to change. For example, make sure to have nice premises and treat people with normal respect and kindness. It is worth mentioning this because people have been browbeaten and ordered around in a different way when it comes to this area than what is normally the case within the health services.”

Because of the harsh physical and psychological nature of alcohol withdrawal and many other factors, it is almost impossible for addicts to stop using alcohol on their own. Alcohol addicts become incredibly reliant on alcohol to meet physical, psychological, and personal needs, and going even just one day without a drink will likely seem impossible.

Narconon offers a unique and highly beneficial drug rehabilitation program. Through an approach that addresses all aspects of addiction, including what initially set the individual onto a substance abuse pathway, Narconon can help recovering addicts achieve a substance-free life. Please contact Narconon today to take the first step towards helping your loved one get better.

Alcoholic beverages are a major part of the social life in most of Europe. Some cultures, like the French and Germans, drink alcoholic beverages with almost every meal and all of their social gatherings are well supplied with beer or wine. 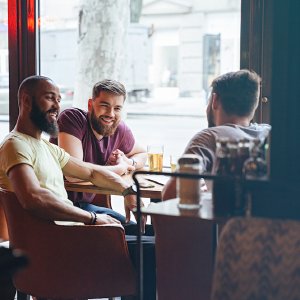 It is not a secret that drinking alcohol is a huge part of many people’s lives. In society, this is called “social drinking”. When you go to an event it is common to drink one or two glasses. When it comes to parties, the amount of alcohol consumed is even greater. 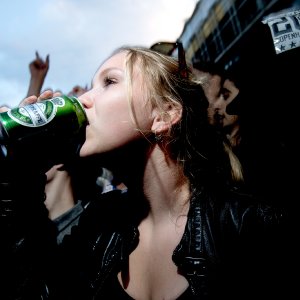