Though the harmful short-term and long-term effects of cocaine are concerning and even life-threatening, cocaine addiction has nevertheless become far more prevalent in the Balkan country of Albania. Now more than ever, Albanians must learn about the scope of cocaine addiction in their country, the signs and symptoms of cocaine use, and how to help an addicted family member or loved one.

A group of researchers in Albania’s public health and social care sectors recently sought to determine the scope of drug abuse in Albania. While cannabis was and is still the most frequently used drug of choice (used by 62% of survey respondents), cocaine use has become far more common. The researchers found that rates of cocaine use had gone up considerably in the four years of the study. Also notable, the increase in drug use has primarily occurred among young Albanians. At least 25% of Albanian drug users are between the ages of 13 and 32 years old.

The researchers also noted a growing trend among Albania’s drug-using demographic. Not only is the drug-using population getting younger, but young Albanians almost always begin by experimenting with cannabis because they perceive it to be low risk. Then they shift towards more potent and dangerous drugs like cocaine and heroin.

Cocaine addiction has become so serious in Albania that the European Monitoring Center for Drugs and Drug Addiction report found that 3.6% of Albanians between the ages of 15 and 34 are addicted to cocaine. The researchers also found that cocaine is the second most frequently used drug by all Albanians, regardless of age.

“I think Albanians getting into drugs is very purely about
getting money...”

Albania has a rich heritage, culture, and history. But the country is relatively poor, with a GDP per capita about the same as Cuba’s. Starting salaries for civil servants are only around £300 per month. Economic depression coupled with limited opportunity has pushed many of Albania’s youth to drug use, drug addiction, and even drug dealing. Quoting Alfonc Rakaj, a Tirana-based researcher and consultant, “I think Albanians getting into drugs is very purely about getting money. The country offers very little in terms of living a dignified life even if you’re hardworking. This is a sort of a shortcut to really break out of a poverty.”

The trap is a multi-faceted one, with drugs being seen not only as a personal escape from the hardships of life but a possible way to make money. Sadly, drug abuse never creates positive personal or financial outcomes.

How Does Cocaine Addiction Cause Harm?

Cocaine use causes severe damage to the human mind and body, especially when it is used repeatedly. From the American National Institute on Drug Abuse: “It (cocaine) reduces blood flow in the gastrointestinal tract, which can lead to tears and ulcerations. Cocaine has significant and well-recognized toxic effects on the heart and cardiovascular system. Chest pain that feels like a heart attack is common and sends many cocaine users to the emergency room. Cocaine use is linked with increased risk of stroke, as well as inflammation of the heart muscle, deterioration of the ability of the heart to contract, and aortic ruptures.”

Families Affected by Cocaine Abuse and Addiction in Albania

Cocaine abuse is not just a recreational activity that some Albanians partake in. It is a serious crisis, an addiction epidemic across the country that ruins Albanians lives and families. One church group in Albania tells the stories of young men who became addicted to drugs in Albania then found their way to sobriety and drug-free living through community and family support. So while there is hope for those who are addicted, the stories are too many to count, and they don’t all have happy endings.

Yet another story, this one published by cambridge.org spoke of addiction beginning to arise in families local to Tirana as early as the 1990s, almost immediately after the fall of communism and the crumbling of the police state in the region. Though efforts were immediately taken in the newly democratic Albania to protect urban families from cocaine misuse, trafficking routes were soon established through Albania, and local families were often the hardest hit by the new drug supply moving through their country.

Another article, this one published by Balkanian Insight, told of a family torn asunder when Jan Prenga, father and husband, fell prey to drug crime, misuse, abduction, and ultimately death on the streets of rural Albania, just outside Tirana. This is a real crisis that affects everyday families, all across Albania.

Signs and Symptoms of Cocaine Addiction

While just one of these signs might not be an irrefutable indication of cocaine addiction, observing several signs in a person is highly suggestive of cocaine abuse or the misuse of another substance.

Cocaine addiction creates a serious risk to one’s physical health, mental state, and spiritual wellness. Cocaine abuse can cause physical harm, potentially land one in prison, and even lead to death. Cocaine addiction ultimately harms the individual’s family members, friends and loved ones, too.

Thankfully, there is an effective way out for those who are hooked on this drug. For Albanians who’ve fallen prey to one of the world’s most addictive substances, residential drug and alcohol treatment centers offer the tools and support systems necessary to help recovering addicts overcome the triggers and underlying issues that compelled them to use cocaine in the first place.

If you know someone who is addicted to cocaine, please do not wait another day to get them help. Cocaine addiction is dangerous and can be lethal, and it can set the stage for a long list of serious problems. Contact a drug and alcohol rehab center today. Please don’t wait until it is too late.

I Lost All My Friends Because of Cocaine…

“I had goals in life, just like anybody else. And I had big goals; I wanted to be the best and the wealthiest—I was dreaming about money and power all day. One day at a party, one of my friends offered me cocaine and suddenly all of these goals seemed even more possible when I used this substance.“ 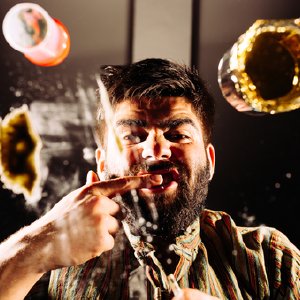 Cocaine is still the most abused stimulant. Many people, outside of the drug rehab field, have lost sight of cocaine as a major drug problem, but this is due to the fact that the news media isn’t covering the epidemic like it did in the 1980s when cocaine was being seen as the “disco drug” of the time. 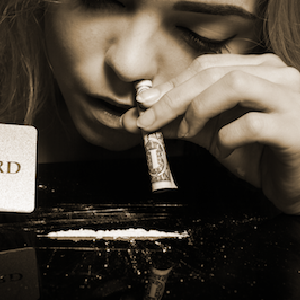