What Are Amsterdam’s “Coffee Shops”?

Called “cannabis cafes” or “coffee shops,” there are shops in Amsterdam legally licensed to sell cannabis, peyote, Salvia (a herbal with hallucinogenic effects), mushrooms, and other psychedelics. Though these shops are regulated, they have had the effect of normalizing drug use in Amsterdam. They also draw a considerable number of tourists who come to the city to use drugs.

Addiction and drug use as a general public health issue is worsening in Amsterdam and the Netherlands, which begs the question as to whether or not the normalization of drug use in Amsterdam may be playing a role in this. What are some of the details regarding the Amsterdam coffee shops and the overall drug problem in the Netherlands?

Is Closing the Infamous Coffee Shops in the Cards for Amsterdam?

Though it didn’t necessarily intend to do so, Amsterdam has made a name for itself as the city with the “coffee shops” that sell cannabis products. Many of the locals are unhappy about this because the result has been an influx of tourists who come to the city, specifically seeking out drug-related experiences. A survey of young tourists by the mayor’s office found that half of the young adult travellers to Amsterdam were coming to the city to experience cannabis cafes.

The purpose of that survey was to determine what would happen to the city’s tourism if the coffee shops closed to tourists and only serviced locals. According to the survey responses, 34 per cent said they’d come to Amsterdam less often, and 11 per cent said they wouldn’t come at all.

There’s no doubt that the city would miss out on some tourism revenue by closing its cannabis cafes to tourists, but might it benefit public health in the city to do so? Or to close the shops completely?

“It is understandable that Amsterdam residents want to preserve their beautiful historic center, and also go about their daily lives without constantly being confronted by rowdy tourists...”

Amsterdam residents are becoming increasingly frustrated with the excessive drug use and the “rowdy tourists” that flock to the city. Quoting Amsterdam native and journalist Isabelle Gerretsen, “It is understandable that Amsterdam residents want to preserve their beautiful historic centre, and also go about their daily lives without constantly being confronted by rowdy tourists. Looking into curbing tourist cannabis use is the latest in a string of measures aimed at preserving the city’s status as a centre of culture, rather than a theme park for ‘weed tourists.’ But of all the measures, it is the riskiest, because Amsterdam is known worldwide for its tolerant policy towards soft drugs. It could lead to a decline in tourist numbers.”

Amsterdam has a pretty well laid-out set of policies regarding the coffee shops and cannabis cafes that have become so famous in a city that many would rather have known for its culture and history. One report by Manja D. Abraham explores this issue in full, including its prevalence in the Netherlands as a country. As it turns out, not only are the coffee shops attracting rowdy tourists to the city, but the shops are normalizing and inspiring drug use among the local population, leading to a slow and steady increase in addiction statistics across the country.

While it’s tricky to find addiction and drug-related statistics for just the city of Amsterdam alone, some published findings for the nation as a whole can be located. Here’s a quick look at drug use statistics in the Netherlands:

Looking to the Future

Amsterdam, and the Netherlands as a nation for that matter, has a decision to make. Should the capital city officially close its coffee shops and cannabis cafes to tourists to focus tourists’ attention on all of the other great attractions in the city? Should Amsterdam consider closing the shops completely to all customers, tourists and locals alike? Doing so would undoubtedly improve health outcomes in the city and the nation as a whole, and it would change the culture and overall tourism appeal of the town. However, the city may also lose revenue as a result.

But lost revenue would only be temporary, as city managers and business owners would work together to innovate new, creative, safe, and healthy ways to attract tourists. Damage from drug use, on the other hand, can be permanent. As Amsterdam looks to the future, it will have to make a crucial decision. Continue to make a name for itself as a “Party City,” or shift its focus to one of health, culture, art, history, great views, and some of the best bridges in all of Europe?

Is Drug Use in Amsterdam Just For Tourists? Apparently Not

Amsterdam is often stereotyped as a drug-use hotspot, but some may feel that the city's recreational drug use is just for tourists. Furthermore, local Amsterdam residents may reject the stereotype. So what's the truth about drug use in Amsterdam? 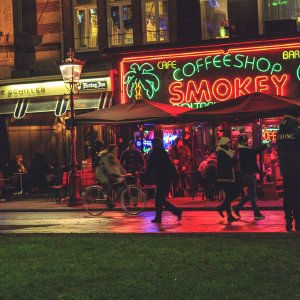 Cannabis consumption is present in every European country, but varies widely. In Romania, few people have ever tried cannabis, but in Denmark, it’s one in three adults. Over all of Europe, it’s estimated that about one in 4.5 people has tried cannabis. 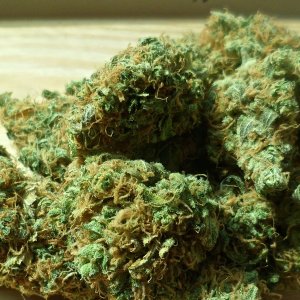