The Czech Republic—A Hotspot for Drug Addiction in Europe

The Czech Republic has one of Europe’s highest drug use rates, especially when it comes to methamphetamine and other amphetamine-based drugs. This is true on the Czech Republic’s national level, and it's also true of Prague, which has the highest rate of per capita amphetamine misuse of all European cities.

The Scope of Methamphetamine Use in the Czech Republic

Not only is methamphetamine use quite prevalent in the Czech Republic by European standards, but usage statistics are also quite extreme even by world standards. According to one report, the Czech Republic is among the top nine countries in the world for meth use, up there among nations like Australia, China, Japan, New Zealand, the Philippines, Sweden, Thailand, and the United States.

The Czech Republic is one of the smaller countries in Central Europe, with just ten million residents. But of the nine countries listed above, it has one of the most years of meth use. Meth addiction first cropped up in the Czech Republic in the 1950s. And by the 1970s, it was a national public health emergency of epidemic-level proportions. A combination of a young adult population that was open to drugs and a lack of a public health response were just some of the factors that set the stage for an addiction crisis in this country.

Today, while methamphetamine is not the most common drug of choice among Czechs, it is the most damaging and dangerous by far. About 31,000 Czechs use the substance, and methamphetamine is the number one drug of choice referenced when Czech addicts seek help at treatment centers. Meth is also the number one cause of IV drug use in the Czech Republic, and the third leading cause of drug-related deaths, after opiates and solvent drugs. Also, about 53 percent of people arrested for drug possession in the Czech Republic were found with methamphetamine on their person.

Because of the above data and other factors, methamphetamine addiction is, quoting a NIDA report, "The central target of Czech public health policy related to psychotropic substances and of drug policy as a whole."

A New Strain of Meth in the Czech Republic

As it stands, the Czech Republic’s youth population has the highest drug use rate among European youth. About 37 percent of Czechs ages 15 to 16 have tried marijuana at least once in their lives, and 20 percent of the 15 to 34 age group use cannabis at least once per year.

And to make matters worse, Czech Republic drug groups are now trafficking the pervitin meth drug across borders into neighboring countries. Quoting Viktor Mravčík, head of the Czech National Centre for Drug Monitoring, "The homemade drug pervitin presents an exceptionally big problem on the home scene at the present time. The drug is predominantly injected and we have many more methamphetamine users than users of various opioids." Mravčík went on to talk about how Czech drug gangs are responsible for much of the pervitin that is trafficked into Germany and other nearby countries.

The Need for Addiction Treatment in the Czech Republic

Drug addiction is a growing problem in the Czech Republic, now a serious public health crisis by many health measurement standards.

"Illicit drug use was found to have increased throughout the country in the preceding five years, with amphetamines being the most popular substance. Polydrug use is common. There has been an increase in the use of the so-called 'dance drugs,' especially lysergic acid diethylamide (LSD), among younger people, and heroin, especially in the main urban areas. Injecting is on the increase, too. There is an urgent need to expand both fixed-site and community-based services."

That’s a direct quote from the National Library of Medicine research authors M Tyrlik, T Zuda, P Bem, and R Power. There is a severe drug problem in this region that has shown no sign of receding. It's been an ongoing issue for about 50 years, it’s gotten progressively worse over the years, and little effort has been made in the form of public health measures to curb addiction statistics and the harmful effects that addiction has on those who use drugs, their family members, and their loved ones.

Looking to the future, the best chance that the Czech Republic has for curbing its drug problem lies in offering effective and widely available drug and alcohol rehabilitation programs. Residential drug treatment centers can help Czech meth addicts to address both their physical cravings for the drug and their psychological impulses to use the drug. Such treatment centers can also help recovering addicts find and address the underlying issues that caused them to turn to drugs and alcohol in the first place.

If you know someone who uses meth, please do your best to get them into a drug and alcohol rehab center. Any day could be their last, and time is of the essence in getting them the help they desperately need.

Drug Use Down, Alcohol Use Up—Germany's Struggle with Alcohol Addiction

Germany has, in many ways, led Europe in keeping addiction statistics to a minimum. When it comes to drug addiction, the country has one of the lowest per-capita drug use rates in Europe. And Germany all but avoided the opioid epidemic. How then is it that Germany has such a significant problem with alcohol addiction? 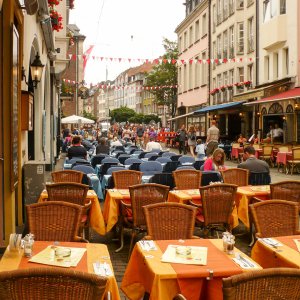 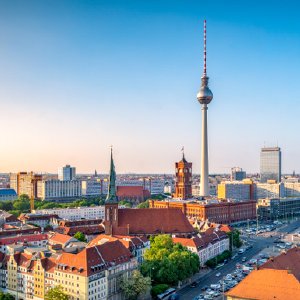