I Got My Life Back

When I was born in 1958, no one could have known how wrong things would go, or that I was going to die several times before everything turned out right.

I grew up in a small town on the island of Zealand in Denmark, in a typical Danish family. Raising a boy with my temper consisted mainly of threats, beatings and other forms of punishment, both in school and at home. I was rather lonely throughout my childhood, as I didn't feel I could confide in anyone without fear of further threats and beatings.

Unfortunately, I didn't learn anything about personal integrity and self-worth in public school. Morals and ethics were things to be beaten into the heads of children, and drugs were something all young adults would naturally experiment with at some point in time, according to "experts" on the subject.

And that's what I did. I experimented. Big time. Experimented all the way to hell and beyond.

My drug experiments started with alcohol and then moved on to hash, speed, heroin and finally a mix of all of the above, in every thinkable way and combination.

After a few years, I was trapped, taking anything that could kill my thoughts, help me forget, and make my body stop shaking. It started in 1975 and ended in 2001, and went from a feeling of having everything under control to complete and utter insanity. I never even realized it was happening.

After a few years, I was trapped, taking anything that could kill my thoughts, help me forget, and make my body stop shaking. It started in 1975 and ended in 2001, and went from a feeling of having everything under control to complete and utter insanity. I never even realized it was happening.

My mother and father wanted to help me more than anything, but they had no idea what they were up against. Slowly but surely, the people I cared about turned their backs on me, and my only "friend" was the drugs, and they betrayed me in the cruellest ways. Only well-paid people "cared" about me, and only for carefully measured periods of time. My life consisted of getting my hands on some drugs, finding a vein to inject them into, finding some more, taking that and hoping for a blackout, waking up, getting some more, finding a place to take that, and so on.

Several times I woke up to find myself being dragged down the street by two of my buddies, or in a bathtub, fully clothed, being woken by the cold water. Then there were the times I awoke from the sound of sirens or in a hospital bed.

One day at a mall in Copenhagen, I ran into an old buddy who should have been dead by then. He told me about Narconon, a rehabilitation centre that was different from the rest. He gave me a flier the size of a business card and told me to give them a call and talk to them. Not wanting my old pal to notice my miserable, pitiful state, I listened politely, nodding from time to time, all the while considering where to put the frozen veal roast I was hiding under my sweater, "sponsored" by the local grocery store. I had no idea that this flier was going to change my life completely, in the best possible way.

Today I am just thrilled with my life. I wake up to every new day with the excitement of a first date, and there isn't a soul in the world I'd trade with, especially when I look my daughter, who was born the same year I turned 50. Now that's what I'm talking about!!!

Having personal experience with close family passing due to hidden alcohol abuse. I now work with pride at Narconon to do something effective about the addiction epidemic.

The Narconon Program: An Incredible Adventure

Today I would like to share with you my personal success during the Narconon program. I completed the Narconon Program and it was really an incredible adventure. 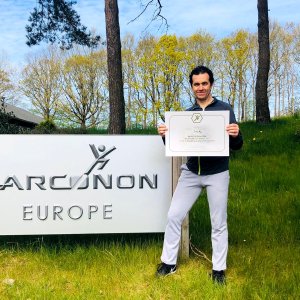 A Beautiful Life, Before Drugs

My life was a very nice one before drugs, I had a beautiful family and very nice friends. I was also very smart and one of the best students in my class. I was 17 when I first tried weed with my friends; it looked cool and made me calm. 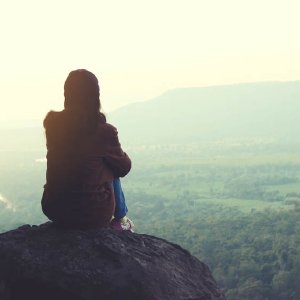