“An addict does not want to be an addict.”

This sentence by L. Ron Hubbard is the first one I read when I arrived at Narconon:

“An addict does not want to be an addict.”

Honestly? I did not understand it at the time. It looked a lot like what I heard from others:

However, during the program, while I was doing the first assists I had finally understood the meaning of that sentence.

I want to be honest with you and tell you the truth. The situation before I arrived, was totally different for me. It was too long that I had been screaming for help to save myself from this nightmare. This nightmare which had as its protagonists: Anxiety, Paranoia, Hate, Depression, Insanity, Insomnia, and Fear.

It was an impossible mission to get out of this trap called, Heroin and Cocaine, which had taken a large part of my life, 12 years of life, slowly eating away my body, mind and even my soul. The situation was tragic. I was a dead walking man. I weighed 65kg and 195cm; a skeleton.

I had no more emotions, no more reason to live.

That’s why I said that the situation was totally different for me. It was game-over. I was at that point an irrecoverable case. My parents did everything they could to find a solution. They tried for a long time. In the end, they too were losing hope, they started to believe that I would never make it. Unfortunately, that is how it was.

You lose all hope when you see your child hooked up to a pump for breathing after a fatal heroin overdose. You lose hope when he is released from the hospital, and he overdoses again right after.

Only now do I realize that I dragged my family, by force, into being part of my slavery to addiction. What a shame. There was no hope anymore.

While I was fighting a bloody war between life and death, I saw a light approaching my eyes which were turned off and glazed. That light was my uncle Graziano.

He had come all the way to Stockholm and was bringing me the last “token” for life, which in this case, was a cell phone with a call.

It was a Narconon staff member, speaking to me, within 5 minutes, she explained the solution.

But in my head, I was thinking: “I am irrecoverable, but right now I’ll accept any type of help. As long as you don’t make me put that damn ’sword’ in my arm.”

The Narconon staff realized that I was really desperate and willing to receive help and seized the moment and told me:

“Get the on plane now, there’s no more time to lose.”

During the withdrawal phase, I did not understand and was skeptical. Then between me and myself, I thought “but in so little time how can you think of saving a desperate case like me from drug addiction?” It is literally impossible.

Among doubts, physical reactions, and uncertainties I managed to complete my withdrawal phase without using replacement drugs. In just 2 weeks. This is a miracle.

I had not been healthy for 12 years. I could not believe it. I was beginning to see positive results and this made me very happy.

It was time to enter the sauna, which I call “The Amplifier”, the amplifier of all emotions, sensations and reactions. While I was going through that difficult moment, as soon as I started the sauna and I started to socialize with other students, I was beginning to realize that I care about people, I was making my first healthy friends. Meanwhile, two months had passed.

I felt reborn, as if I had just been given new life again. I was able to sleep, I ate regularly, I was stable, I had no more mood swings, I didn’t have those drug cravings anymore, I was back; even crying and dreaming. Things I hadn’t done for so many years. I felt like a god. I was beginning to believe in the potential of the program. It could work, indeed, it was working on me too, that case now “irrecoverable”.

You have no idea how I felt.

After 3 months I found myself in the course room going through the objectives and training that have totally brought me in the present, made me confident, and above all happy with what was happening to me. I gradually regained the emotions and life skills that I had completely lost. I felt determined, disciplined, I even managed to concentrate and carry out the work without effort, I was back into production.

In those days I also realized that true and honest friends are not chosen, they come on their own and you can’t help it. In my case at Narconon, I also managed to get a best friend. A person with a head on his shoulders, self-confident, with a deadly fluid communication skills and many good intentions for the future, a real person who has given me so much and helped me in my worst moments, simply by talking.

I made another great acquaintance at Narconon, a fantastic person, cheerful who even in the worst moments could always get you to smile.

Then at the Narconon, I discovered another great emotion in me, that I thought I had completely deleted a long time ago. Love. the real one.

Going forward with the program I started to get to know the new Christian who subconsciously changed his behavior, discovered and increased his ability to help his fellow man as best as possible.

Finally, I can say that I’m completely detoxified, I felt like new, I took my life back in my hands thanks to the Narconon Program. I did it.

You see. Everything is possible if you want it.

A year and a half later I am more alive than ever, I have a steady job, a family I love, I have plans for the future and I am finally creating my own life. I promised myself to help others to have the same wins that I had by doing this program, so I hope that while you’re reading my story, whether you need help yourself or you need it for a loved one, call Narconon, do not wait.

My sister started shooting heroin at the age of sixteen. She was a beautiful girl, black hair, bright green eyes, and with all the attributes to be a model with intelligence beyond the norm. 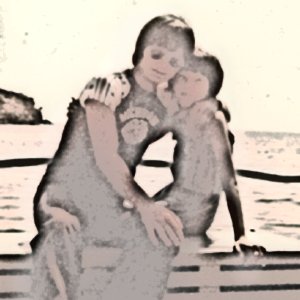 I arrived at the Narconon program, because of my family’s guidance and support. It is by their effort that I sit here now and write this story to you, the future Narconon students of the world. 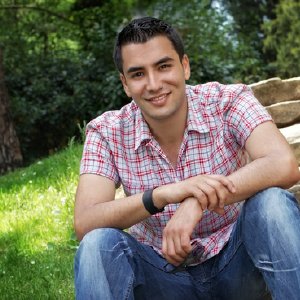