Sweden’s zero-tolerance approach to drug abuse is drawing criticism. Even the United Nations has chimed in. And for good reason. Though there has been a decrease in cannabis use rates, Sweden has one of the highest opioid overdose death rates in Europe.

What went wrong? Why haven’t Sweden’s drug policies worked as well as advocates hoped they would?

While many European countries increasingly take a path towards decriminalization and lessening their drug laws’ general punitive nature, Sweden continues a rigorous, zero-tolerance approach to drug use. The government has taken a hard-line stance on drug policy for a long time. The nation’s drug laws were first shaped by the Association for a Drug-Free Society back in 1969. Since then, the policies have pushed for penalties to address drug addiction and use rather than treatment. This stance has led to a tough-on-crime approach, even when it comes to the relatively minor crime of possessing small amounts of drugs.

Swedish law makes no distinction between hard and soft drugs, and police can detain anyone and demand a drug test from anyone they suspect to be under the influence of a mind-altering substance. This stance has possibly contributed to some success with cannabis. Sweden has one of the lowest cannabis use rates in Europe. But what about the more severe drug abuses?

Swedish drug policy’s wording suggests that the policies consider both drug supply and drug demand. Quoting the policy text, “Swedish drugs policy is part of the public health policy, which aims to reduce health inequalities in the population. The drugs policy relies on a balanced strategy in which restricting supply and reducing demand are equally important components. The model focuses on preventive efforts, care and treatment, social measures and measures to improve the health of individuals with substance abuse and addiction problems.”

“The drugs policy relies on a balanced strategy in which restricting supply and reducing demand are equally important components.”

For the most part, Sweden has tackled the opioid crisis by addressing the supply of opiates yet does not at the same time sufficiently treat and manage the demand for those opiates. The result? According to the European Monitoring Centre for Drugs and Drug Addiction, Sweden has the second-highest rate of opioid overdose deaths in Europe. This data is shocking, as Sweden generally has good, even above-average, health outcomes among its population.

Quoting Malmö University’s Torkel Richert, a researcher who specializes in drug overdoses and addiction science: “The bigger picture is that Sweden has for a long time had a big increase in overdoses. And if you compare it with Europe in general we’re doing badly. The attitude towards drug addicts in Sweden has been embarrassing in many ways. They’re a very stigmatized group. The phrase here in Sweden was ’it should be difficult to be a junkie’. And politically the idea is that if it is tough, more will want to stop. So there has been a hard policy with police playing a central role in order to fight narcotics at street level. That has impacted the vulnerability of that group: for example you don’t dare call an ambulance when a friend has overdosed because you’re worried police will also come and there’s a penalty as a result. So drug policies can impact the vulnerability and life situation for those who have a problem.”

Sweden is coming around, however. The country shows signs of moving away from such a heavy-handed, criminalizing approach to drug use and addiction and is now moving towards supporting addiction treatment. 2016 was the first year in ten years when overdose deaths in Sweden were lower than the previous year—another good sign.

Sweden needs to heed a word of warning, however. Harm reduction techniques such as needle exchange programs, naloxone programs, and decriminalization campaigns are the most widely discussed proposed changes, per the data available. That is a mistake. Harm reduction may reduce the annual death toll from drug-related causes, but it will not fix the source of drug problems causing those fatal and near-fatal experiences to occur in the first place. Addiction treatment will.

Though Sweden does support abstinence-based approaches (addiction treatment) as a workable way to help addicts get better, there is little talk among policymakers about making addiction treatment more available to the Swedish public.

Effective treatment needs to be part of any discussion about substance abuse.

There are several arguments both for and against Sweden’s drug policies. There are pros and cons, evidenced by the fact that Sweden’s approach has had some successes and some failures. All of that is worth careful review because studying what different nations do to address their respective drug problems can provide insight as to what does or does not work.

However, how a nation arranges its drug policy does not always have immediate, on-the-ground effects for ordinary citizens. It does not magically cure those already addicted. If you know someone who is using drugs and alcohol now, you don’t have the luxury of waiting for your country to develop an effective drug policy. Anyone using drugs and alcohol needs effective treatment as soon as possible.

Drug and alcohol addictions have the potential to be lethal and very often are lethal. Unfortunately, hundreds of thousands of people across the world die from drug overdoses each year. Over three million people die worldwide from alcohol-related causes each year, roughly six percent of all global deaths. Globally, alcohol abuse is the fifth leading cause of premature death, and drug abuse is not far behind.

The dangers and statistics of alcohol and drug abuse are well documented. But not every substance abuser has to be a statistic. Any help with addiction starts on an individual basis. It can start right now with you, helping someone you care about get into treatment. Don’t wait for a new drug policy from your government. Do everything you can to get your loved one into a drug and alcohol rehab center now. Please call Narconon today and take the first step towards helping your loved one regain control of his or her life.

While drug abuse and addiction has long been a challenging social problem in Sweden, this problem became far more life-threatening when illegally manufactured fentanyl and its many analogues (chemically similar drugs) arrived in the country. 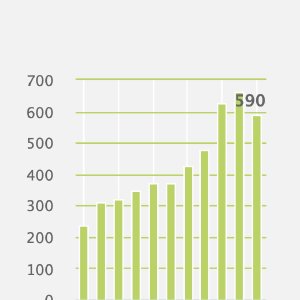 Recovery from Drug and Alcohol Addiction in Sweden

Any country, no matter how beautiful, has individuals who prey on others by trafficking and selling drugs. In Sweden, land of endless fir forests and Northern Lights, traffickers are moving cannabis, amphetamines, heroin, cocaine, MDMA, synthetics, prescription drugs and stimulants through the country. 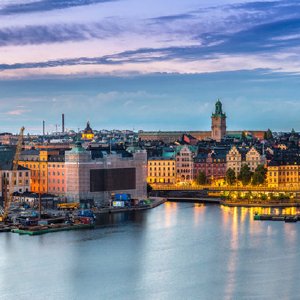